A seasoned entrepreneur with nearly 30 years of experience in successfully negotiating and closing financial deals, Charles Cohen is an expert in real estate development and transactions. Charles is a CEO, Founder, and Chairman of TransCash Corporation, President of BCBGMaxAzria Entertainment and Pier Enterprise, Inc. In 2000, at the onset of the prepaid industry, Charles envisions a prepaid card, specially designed for the remittance market and the unbanked, to make money transfer easier and more affordable. In 2009, after seven years of intensive research and development, TransCash launched the TransCash MasterCard or Visa Reloadable Prepaid Cards, which received a U.S. Patent number 7,581,674 B2 and worldwide protection under the “Paris Convention”.

Charles was also involved in several other notable ventures. In 1986, Charles created the global marketing and communication company, Pier Enterprises, Inc. in Los Angeles, California. He launched large international advertising campaigns such as Ebel with Madonna, Meg Ryan, and Harrison Ford. He also launched a music platform for Pepsi International that featured Sony Music’s greatest recording artists. Charles worked at the SFX as an acquisition advisor for Europe, and was Sony Signature’s exclusive agent for all intellectual properties in Europe.

As one of SkyPower’s Strategic Advisors, Charles interfaces with the President and CEO on high-level affairs and advises the Board of directors on all aspects of feasibility related to unity-scale solar projects. 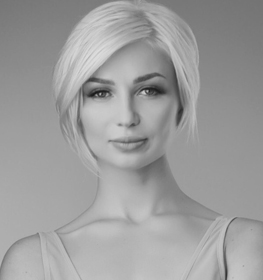 Ms. Yanna Esterleyn Brings to TransCash Corp a record of exceptional leadership and strategic vision with a cumulative knowledge, know-how, and experience in various arenas. She was most recently working at a reputable accounting firm H&R Block as an office manager and a tax adviser. She is reporting directly to the office of the CEO and currently holding the title of Chief of Operations. Yanna studied Public Relations at Omsk State Technical University and is currently enrolled in MBA program.